Mike Jiggle
As NARA – The Breathing Charity has grown as a charity, our community care programme has grown too. Having many more patients to care for can sometimes be a bit of a challenge with so few ‘hands on deck’.  However, these visits are very necessary for those we help and are so very rewarding for our patients, us at NARA, donors and those who fundraise for NARA too. We offer a service and that’s what we try to achieve. It’s been a while since we have been up to the Scotland area (one of our longer trips). I will try to give you a short rundown on what we do each day. Our aim is not only to visit patients, but surgeries too – to meet those who call on us to help and deliver equipment so we can be pro-active as well as reactive when the call for help comes in.  It’s also a time too to thank some of those who have funded NARA’s work as well, so we will be meeting some of our supporters along the way.  I hope you’ll all be able to appreciate just how much work our little charity undertakes as we take you on this journey with us. 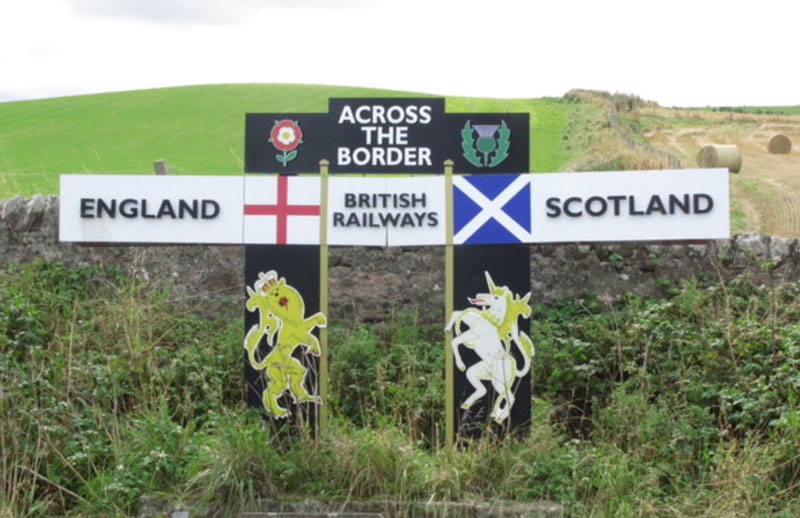 Day One
We haven’t started our journey yet but we had to deliver a very special piece of equipment before we left, our third Pulseguard* (see below). We took this to a little two yr old girl in Moggerhanger Bedfordshire. This little one suffers from complex conditions including seizures, dystonia, hemiplegia, apnoea, choking to name but a few. Take a look at mums story for an idea of what this little girl goes through on a daily basis. 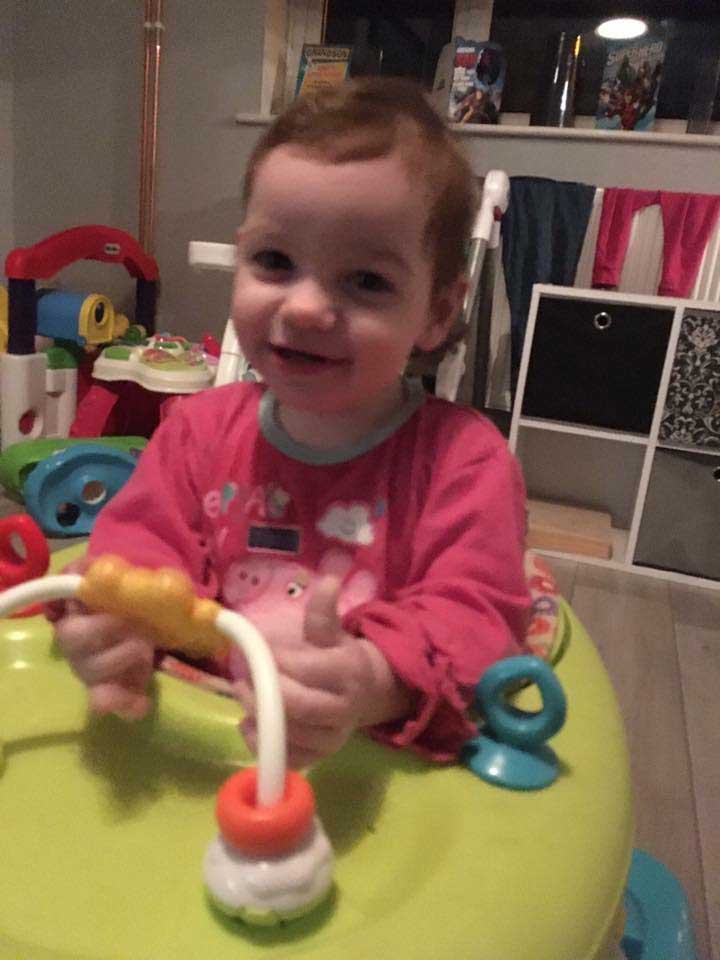 What is AHC?
‘Alternating hemiplegia of Childhood’ is a very complex neurological condition.

It’s ****, that’s what it is….It has to be one of the most strangest diseases out there, if not the most. Bare in mind I’m still a newbie at this, but I’m going to try & explain to you how this affects R***.

2. TONIC POSTURING – ( super baby! ) absolutely bizarre, stuck in the same pose for a few minutes, it’s like musical statues & the music has stopped, these  usually rectify themselves but sometimes will progress to a tonic seizure, treat with rescue meds if they do.

4. HEMIPLEGIA, – this is paralysis of one part or one side or both sides of the body. R***’s hemiplegic attacks are usually in her arm, and yes it alternates from one side to the other. The full body ones she has so far have been brief, thankfully. Her face did drop one time, she had an emergency CT scan. I would of sworn it was a stroke if it wasn’t ruled out. These attacks can be anything from numbness to full paralysis, obviously she can’t tell me how these feel, I just have to guess.

Hemiplegic episodes go away whilst you are sleeping, but they can come back with 15 minutes or so upon waking.

5. APNOEA, – every now & again her lips will tinge blue, her heart rate will shoot up & its like she’s trying to swallow quite quickly. Now, I’m starting to think this is some kind of hemiplegia in that area but her consultant says not

AHC parents can you help me out with this one please? Also noticing she can do this whilst in pain. It doesn’t last long, but long enough to notice & blast her with oxygen!

6. NYSTAGMUS, – this is uncontrollable flicking eyes from side to side like she has been possessed, she does not suffer with this all the time so we treat as a seizure & give rescue meds after 5 minutes.

7. CHOKING, – this girl can choke on thin air! Not all the time, but sometimes. There has been quite a few episodes where we’ve had to save her. Two occasions being serious. Once she bit off a piece of doormat (the hairy kind) she turned blue & her dad saved her. Of all the seizures etc I’ve witnessed this ****** scared the **** out of me, her whole face was going blue

The last bad choking incident was New Year’s Day, she had woken that morning and ate the extra tape I had put on her sats probe & woke to her choking. I dislodged it, but she took a deep breathe & swallowed said tape at the same time. Pooptapegate followed – yes it safely came out the other end

8. GLOBAL DEVELOPMENTAL DELAY, – At almost 21 months old, she just mastered crawling, she never sat properly safely unaided until she was about 9 months old. She can get safely onto her knees now and is trying very hard to stand up. She can say mum & dada, and has just started babbling. She lost all this once before cos of one nasty seizure & it just disappeared & took months to come back, she’s at around 9/10 months developmentally.

9. HYPOTONIA, – low muscle tone, hence why it’s taken her a while to sit, crawl etc her core was very weak but it’s getting stronger, her lower legs & feet very weak, like you would see in cerebral palsy – anyone know the correct term?

10. EATING, –  R*** is still being weaned, she is still predominantly formula fed, some days she wants some mush other days she don’t. So, she has formula, she’s still on a good 4 bottles a day of follow on formula. She will not drink water or even more bizarrely juice. All babies love a juice right? Nope, not this one! The only thing other than milk she will drink is dioralyte – yep, exactly gross

11. THE GENE, – ATP1A3 is the gene that causes most cases of AHC, this is the one R*** has, her mutation is also Novel which means that no other person has the same variant as she, so we don’t quite know where she sits on the AHC spectrum. It can also be caused by ATP1A2, and you can even have symptoms without the genetic mutation. I think there may also be another gene possibly associated with AHC also?

AHC – alternating hemiplegia of childhood, except it’s not is it? It is in the sense of yes, she has hemiplegic attacks that alternate from side to side. Yes, she’s a child so it is of childhood but it starts in childhood, it will last her whole lifetime. There is no cure for AHC – you treat, or try to treat the separate components of it, not the disease as a whole. Yes, it can be fatal.

So, people ask me what’s wrong with R*** and I say ‘she has AHC, it’s neurological, she has epilepsy & some other funky stuff…. There is the answer in full

Despite all the above **** that comes under the AHC umbrella, she is the most gorgeous happiest baby ever.

We’ve got you princess.

We hope the pulseguard will alleviate some anxiety by letting mum know when this little one needs help.
The *pulseguard is a very new piece of equipment to NARA. https://www.pulseguard.org/ I have added their website for your perusal.
Day Two.

Today sees us passing the Brick Train at Darlington as we travel to the Teeside area where we visit three lovely gentlemen patients, two to just check to see if all is ok and a third to deliver his new nebuliser. This patient had been loaned one of our nebulisers already ‘on hand’ with his surgery.  NARA puts basic nebulisers into surgeries which can be used at a minutes notice, until a more relevant nebuliser can be delivered by our office. Loaning equipment to surgeries helps on many levels, it means the patient does not have to wait for equipment, if equipment breaks down a spare is ready at their surgery, or the surgery can use them on an ad-hoc basis when a patient needs nebulising for a short period of time.  Once the patient gets a permanent nebuliser the original basic machine is cleaned, replenished and returned to the surgery.
We also visited a number of surgeries in the area including Happy House (pictured below) where we already have equipment to make sure all is well with it and leave a variety of nebuliser year packs. Our gentlemen patients were a bit camera shy, but they were all very happy to have received a visit and it was nice for us to be able to put a face to a name. A very productive day. 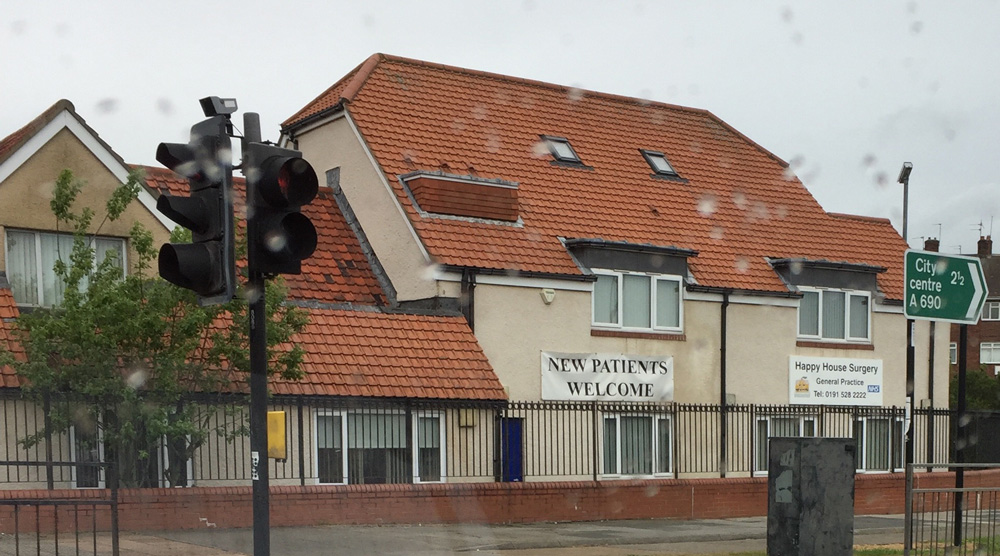 Leaving the Teeside area we travel towards the famous Forth Road Bridge. Along the way we stop off at Gifford to see a long term patient of ours to give him a new nebuliser. Equipment does not last for ever and this elderly gentleman had had his equipment a few years. New put in place, we also left him with the old nebuliser as a back up should he need it. The old one was tired but with a new nebuliser chamber and all new spares to go with it, it had enough life to be used in an emergency should anything go wrong with his main one. We have to keep in mind some of our patients live in the countryside and are many miles away for medical centres or hospitals so sometimes more equipment is essential. We left him and his lovely wife a very happy couple, but he was a bit coy about having his picture taken. Some of our patients do not like having their picture taken and we never insist, it’s their choice.
From there we visit another surgery in Haddington to check on some previously placed nebulisers, to introduce ourselves, check equipment and leave any year packs and spares necessary. 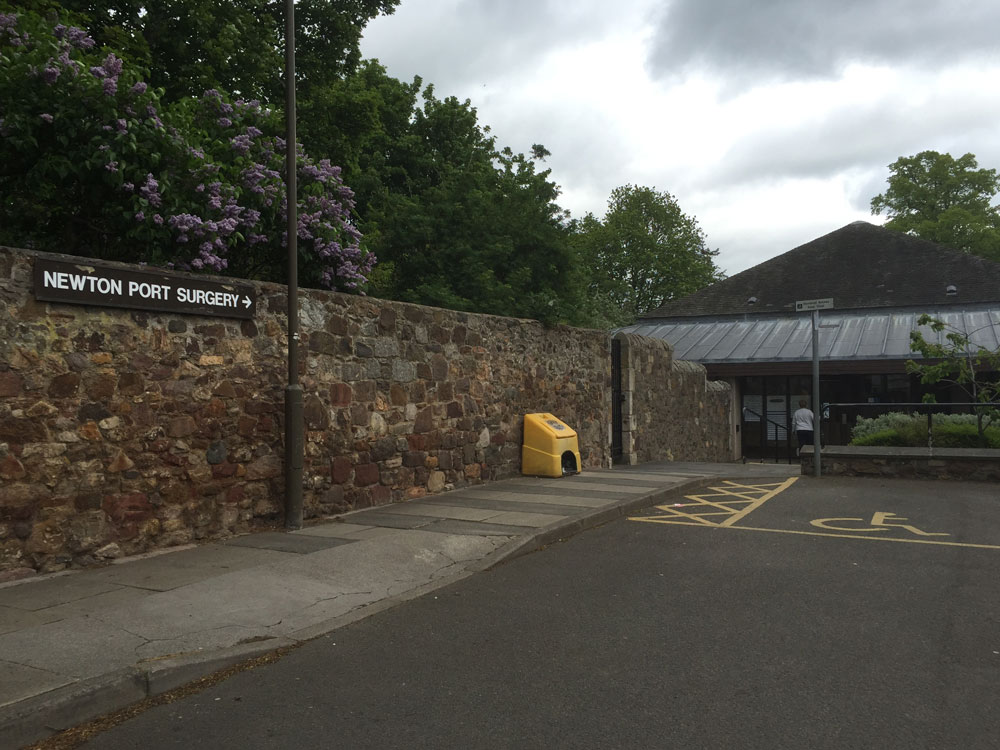 Then we were off across the bridge, to our base in Glenrothes for a few days.
Day Four.
Having settled into our base in Glenrothes we continue our trip, today taking us to the inspiring capital – Edinburgh.
Yesterday saw us visit both patients and surgeries in the Lothian area and today we say ‘Thank You’ to Lothian Buses who contributed toward making both yesterday’s and today’s visits possible. 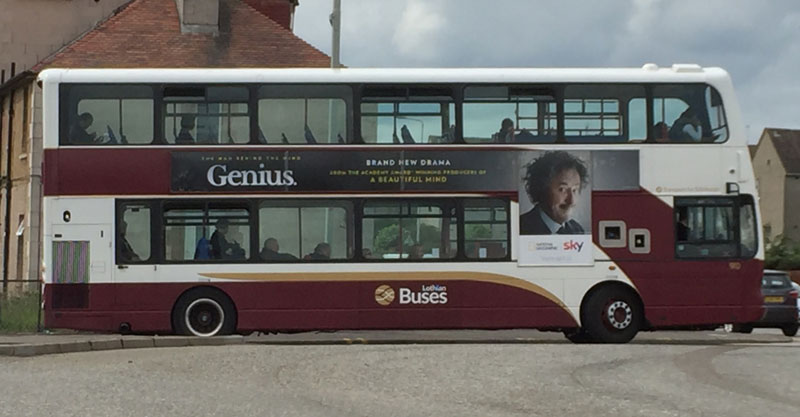 Still in Edinburgh we move on to visit a young lady, a long standing patient with NARA. Her old portable nebuliser had seen better days so a new up to date portable was given, and all spares needed. We left a very happy lady, as she was leaving for a holiday that weekend, she said the new equipment would be a great help whilst she was away, and she would be able to go out and enjoy herself knowing she had help to hand if needed. We hope she has a great holiday. 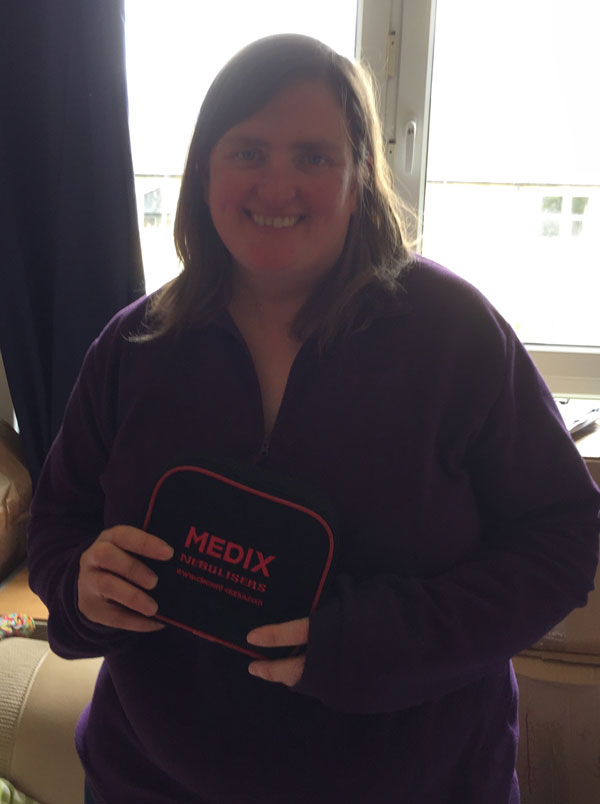 Continuing, we visit another more senior lady, a fairly new patient to NARA. Our visit was to make sure patient was well and any equipment was the best for her needs. We had a great chat and left yet another happy lady.
More to come as we travel on through Scotland.
Website
www.naratbc.org.uk,

Could not authenticate you.