Mike Jiggle
This little one already features on our website in the video Amazing Arya. Friends have set up a page to get her treatment to enable her to lead a normal childhood.
https://www.justgiving.com/crowdfunding/darren-kerr-3 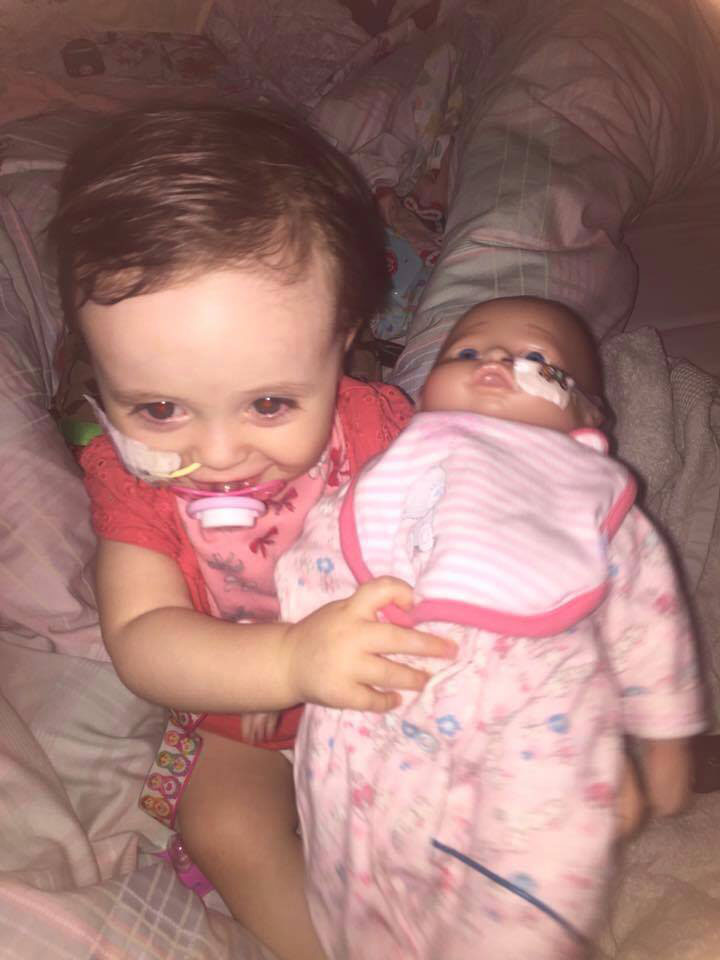 Take a look at Mum’s story.
Aryanna was born August 2014 at 33 weeks gestation due to pprom. At birth she needed cpap and was in the NICU for almost 2 weeks. Due to severe reflux, metabolic issues and low tone, Aryana has suffered from frequent apnoea episodes. On discharge from the NICU we were told she would need a monitor but that they wouldn’t supply it, so we bought a monitor that clipped onto her nappy. This worked for a while until she started to roll onto her tummy and hurt her. A local hospital mentioned about a Respiration monitor (apnoea alarm)  but didn’t know where we could source one. After some googling I found NARA – The Breathing Charity who literally have been a life saver. The alarm has alerted us on multiple occasions to scary situations. It has also allowed us to function as family and go on holidays, which we were afraid to do previously. We have also been able to leave Aryana overnight with her grandparents as the monitor gives us all peace of mind. Aryana is now turning 2 and is still using the monitor, due to her small size it still gives us accurate readings and has actually gone off at the same time as the hospital monitors, just to prove how effective it is! I dread to think what would have happened without the wonderful work of NARA. We have been so blessed to have their unwavering support and advice. Aryana is a happy go lucky little lady. She is our Amazing Aryana!
Update 04/17.

In October of 2016 we had to take Aryana to the Great Portland Street Hospital in London to see the top gastrointestinal doctor in the U.K. He confirmed the diagnosis of FPIES – food protein induced enterocolitis. Protein which is found in all foods can send Aryana into shock. He recommended that we Liase with a specialist dietitian who is also based in London . She has been a great help to us, but is very expensive!

Due to severe reflux, metabolic issues and low tone, Aryana has suffered from frequent apnea episodes. At night time her heart rate drops too low and she stops breathing. We have graciously been given a monitor from NARA- the breathing charity, which alerts us when her heart rate drops. She also has severe difficulty going to the toilet. She is in so much pain that she passes out.

Aryana is currently under the care of an endocrinologist due to borderline growth hormone.

This is during an apnea. My heart rate slows down and I go blue and floppy. It’s quite scary, but it happens quite a lot so mummy and daddy are used to it. I get support from the charity NARA and I’m on a proper fancy apnoea machine now. It’s wireless and connects to a special iPad! 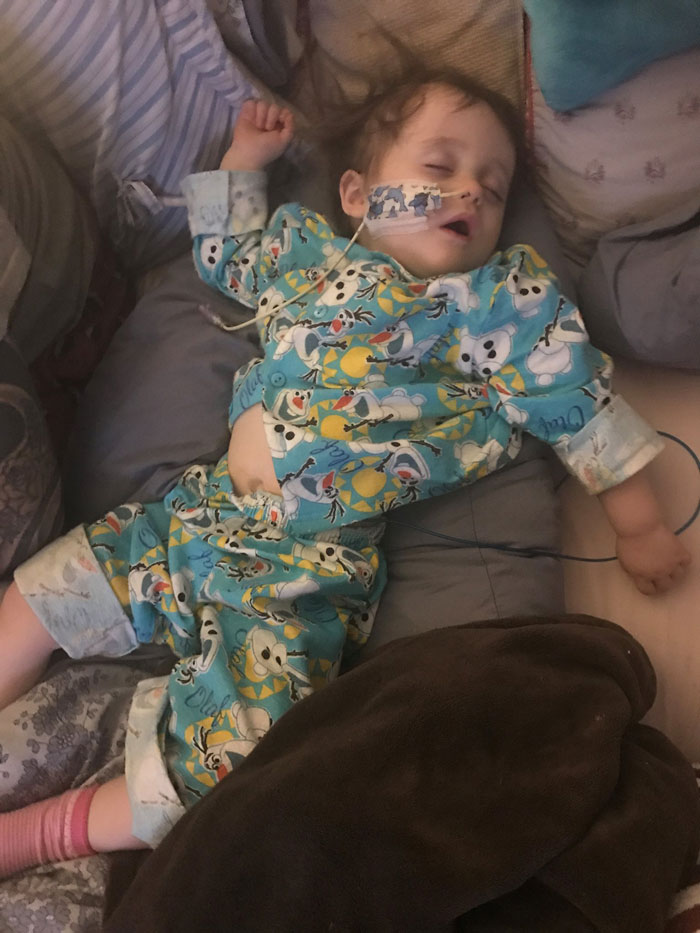